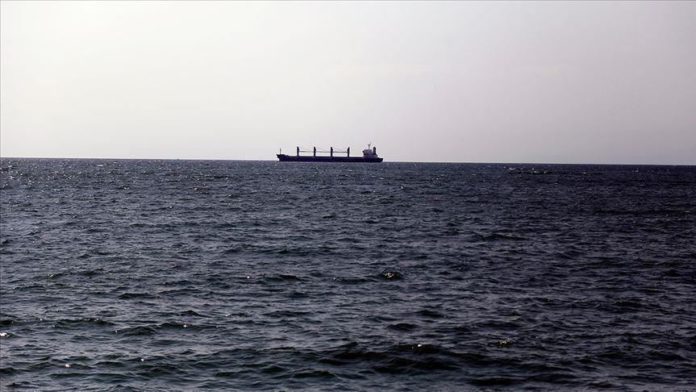 Turkey has the right to intervene if a ship under its protection is attacked in the Mediterranean Sea, said a Turkish expert.

As tensions heighten in the region every day due to the Libyan crisis and the hydrocarbon reserves in the Mediterranean, so have policies and interventions.

Yucel Acer, the head of the International Law Department at Ankara Yildirim Beyazit University, said any interference of other countries on the merchant ships that go to Libya from Turkey cannot be legal or legitimate.

Referring to the United Nations Convention on the Law of the Sea that was adopted in 1982, Acer said high seas are the areas that all countries can use freely whether or not they have a coast.

“These freedoms that countries have; freedom of transport, freedom to fly over the high seas, freedom to lay submarine cables and pipelines, freedom to build artificial islands and other facilities that are allowed by international law, freedom of fisheries, and freedom of scientific research,” he said.

He stressed that in this context, Turkey, whether declared an exclusive economic zone (EEZ) or not, definitely has the right to protect its ships in the high seas.

Acer said as a rule, each ship (civilian, military, individual or official) in the high seas is subject to legislative, executive and judicial powers of the country for which it is flagged.

About the conditions that legitimize an intervention in international waters, Acer listed slave and drug trafficking, piracy or unauthorized broadcasting from the high seas.

“If the ship is without nationality or flying a foreign flag or refusing to show its flag or it is associated with at least one of the above-mentioned crime situations,” he said, an intervention can be made.

Acer said according to the UN Convention on the Law of the Sea, such interventions are named as “right of visit”.

“When authorized military personnel are on board, they only have the right to check the document or the cargo related to the suspicion,” he said.

However, he added that even in these cases, official ships that are used for non-commercial purposes and warships have immunity.

Therefore, Acer stressed that any intervention by other countries on Turkish merchant ships that go to Libya from Turkey could not be legal or legitimate.

Acer said in the case of possible intervention, the protective state or the flag state obtains the right of self-defense.

“In the case of unlawful interference, the Turkish warships have the right to take the necessary measures to protect the ships carrying Turkey’s flag,” he said.

He went on to say Turkish warships can reciprocate with necessary military measures if the need arises.

“If there is evidence that shows that the intervention is made for a political purpose, it is also possible to initiate a criminal judicial process against the intervening personnel,” Acer added.

He said any intervention on a Turkey-flagged ship is considered the jurisdiction of Turkish authorities.

He touched upon the legalities of inspecting Turkish vessels in the Mediterranean Sea within the scope of Operation Irini, which the EU launched this March to enforce the arms embargo on Libya.

Acer said what really matters in the high seas is the inspection of the flag state.

“If the flag state makes an inspection, in principle, there will be no gap,” he added.

Acer also said that if a state is believed to be in violation of the embargo, high seas are not appropriate for these inspections. In such circumstances, other methods should be tried without attacking the states’ rights of sovereignty, in line with international law.

He clarified the arms embargo only applies on transferring illegal weapons to Libya and not those sent to the country’s legitimate UN-recognized government based on various security deals.

“From this point of view, any inspection of Turkish ships will not be legal. Because, security and military cooperation agreement was signed between the two countries on Nov. 28, 2019,” Acer said.

He said the reason why the EU felt the need for such an operation stemmed from political reasons rather than any legalities and should be treated as such.

On Feb. 26, 2011, the UN Security Council (UNSC) decided to impose an embargo on the supply of arms and military equipment to and from Libya.

On June 2016, the UNSC authorized all UN-member states to inspect vessels on the high seas off the coast of Libya believed to be in violation of the embargo.

The EU had not taken any concrete steps to tackle arms and ammunition transferring to Libya although four years have passed since the UNSC’s decision.

However, Libya’s only legitimate representative in the UN, Prime Minister Fayez al-Sarraj, opposed Operation Irini, claiming that the operation was biased.

Sarraj stressed that there is strong evidence and reports that weapons and equipment are being provided to support Haftar through Libya’s eastern land and air borders.

At a press conference with Italian Foreign Minister Luigi Di Maio on June 19, Cavusoglu pointed out that the warplanes, which were previously stationed in Syria, landed in areas controlled by Haftar.

Cavusoglu stated that the states that participated in Operation Irini remained silent on the supply of weapons to Haftar by the UAE.

Noting that some states participating in the operation have clearly taken up a position like France’s open support to Haftar, Cavusoglu added that the operation was not objective.

Libya has been torn by civil war since the ouster of late ruler Muammar Gaddafi in 2011. Libya’s new government was founded in 2015 under a UN-led agreement, but efforts for a long-term political settlement failed due to the military offensive by Haftar’s forces, resulting in civil war and more than 1,000 deaths.