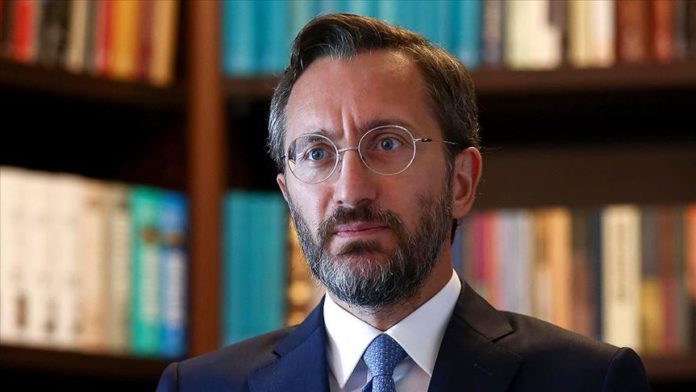 A Saudi court in Riyadh on Monday convicted eight people in Khashoggi’s murder case after he was killed in his country’s consulate in Istanbul nearly two years ago.

Fahrettin Altun on Twitter said the final verdict “regarding journalist Khashoggi’s execution inside the Kingdom’s consulate in Istanbul, Turkey fell short of meeting the expectations of Turkey and the international community.”

“We still don’t know what happened to Khashoggi’s body, who wanted him dead or if there were local collaborators – which casts doubt on the credibility of the legal proceedings in KSA,” he added.

Altun further noted that “it is a legal and conscientious obligation to shed light on the Jamal Khashoggi murder, which was committed within Turkey’s borders, and to deliver justice”.

“That is the only way to ensure that similar atrocities can be prevented in the future.”

The semi-official Al-Arabiya TV channel reported that five people were sentenced to 20 years in prison, while three others received jail sentences between seven and 10 years.

Khashoggi, a columnist for The Washington Post, was killed and dismembered by a Saudi operatives group shortly after he entered the country’s consulate in Istanbul on Oct. 2, 2018.