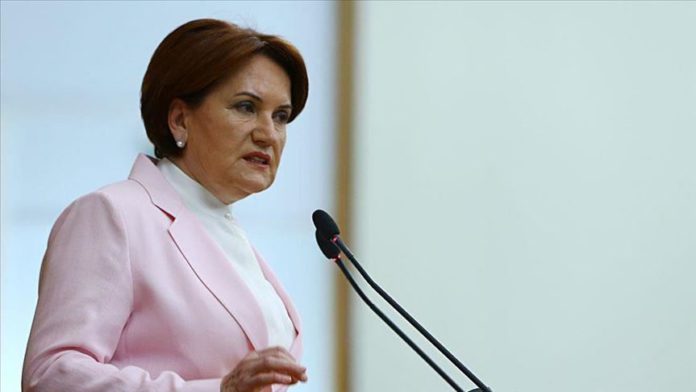 Turkey’s opposition Good Party (IYI) leader on Tuesday called on the Turkish president to return to the parliamentary system.

“[..] this is a positive step that [President Recep Tayyip] Erdogan said that he does not see the [presidential] system as unchangeable,” Meral Aksener, leader of IYI Party, told her party’s parliamentary group.

Acknowledging that the presidential system “does not work is a positive sign for the future,” she added.

Last week, Erdogan said that he would willingly change course if a better and more effective system of government were found.

“I want to tell Mr. Erdogan: realizing the problem is half of the solution. Turkey will get out of this dilemma with a strengthened parliamentary system,” Aksener said.

Erdogan also knows this dilemma, although he is not admitting it, she claimed.

“Come and sit with the opposition. Let us get out of this systemic crisis together,” Aksener added.

Turkish voters opted to shift to a presidential system in an April 2017 referendum. In June 2018, Erdogan was re-elected president, Turkey’s first president under the new system.