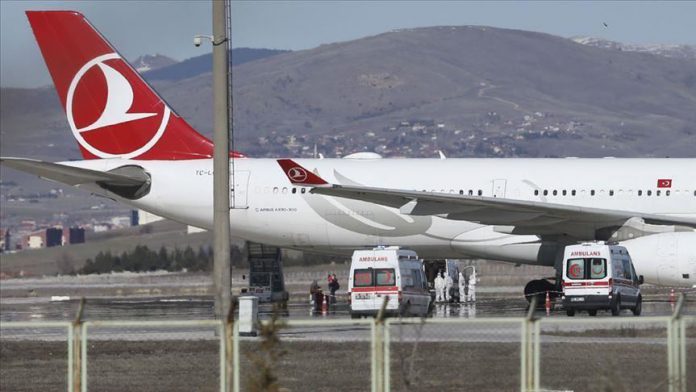 Turkey continued to bring its citizens from abroad as part of coronavirus measures, repatriating nearly 600 people from Ukraine and Nagorno-Karabakh.

A total of 103 citizens, most of whom are students, were brought back to Turkey from Ukraine, while 492 others were repatriated from the occupied Upper Karabakh region, also known as Nagorno-Karabakh — a region illegally occupied by Armenia.

The evacuees were referred to dormitories to be monitored for a total of two weeks.

After originating in Wuhan, China last December, COVID-19, the disease caused by the coronavirus, has spread to at least 181 countries and regions across