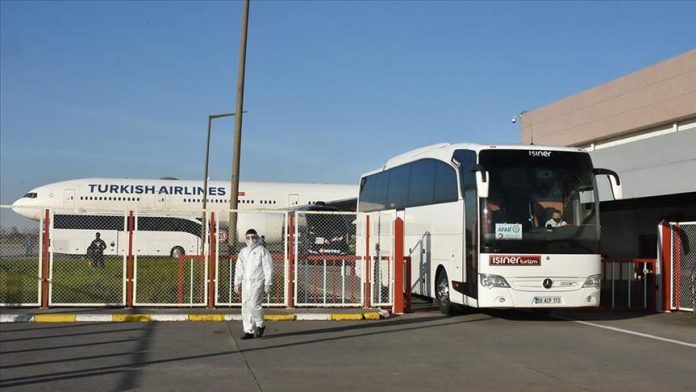 Turkey on Friday brought back 349 stranded citizens from the Netherlands so that they can spend the Muslim holy month of Ramadan with their families.

The plane which took off from capital Amsterdam landed on Samsun Carsamba Airport in the northern province of Samsun.

Expats’ passport control was made inside the plane and they have been tested for COVID-19 before the flight.

One person was taken to the hospital because of a high fever.

Passengers’ suitcases were disinfected by Turkey’s Disaster and Emergency