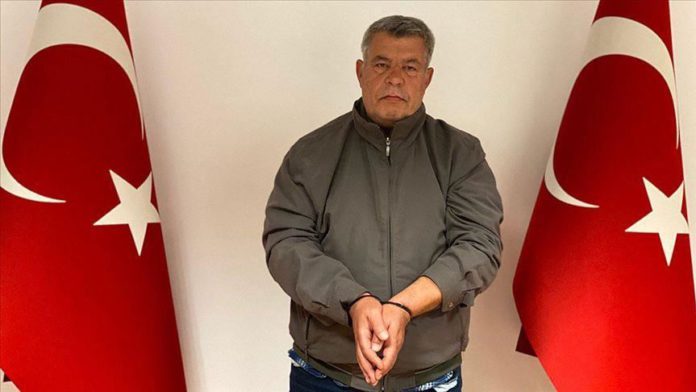 Turkish intelligence agents arrested a member of the PKK/KCK terror group Thursday in Ukraine and brought him back to Turkey in a special operation.

The National Intelligence Organization (MIT) determined that Isa Ozer, who had escaped from Turkey after an arrest warrant was issued for him, was staying in the city of Odesa for a while, according to a security source who asked not to be named due to restrictions on speaking to the media.

It was found that Ozer continued to carry out terrorist activities from Ukraine and MIT brought him back to Turkey using special methods, the source added.

He was brought by plane to Istanbul, where he was handed over to the anti-terror unit of the Istanbul Police Department, and proceedings against him are underway at the Security Directorate.

Ozer faces several charges, including being a member of an armed terrorist organization and promoting terrorist groups.

Ozer, who joined the PKK/KCK in 1996, is said to be a member of a Romania-based pro-PKK foundation and extorted money from Turks there and was deported after being remanded for racketeering.

He was remanded in 2012 in a probe into the PKK/KCK’s presence in Turkey’s Agri province, and after being released in 2014, he assumed the duty of an “executive member” of the terror group’s assembly there.