TurkishPress
Home News Turkey brings back over 300 citizens from Canada 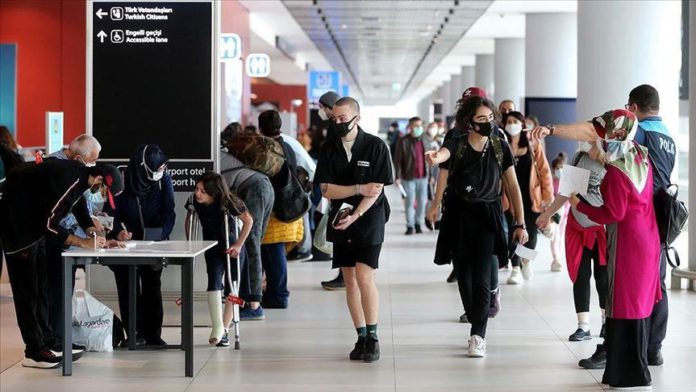 Turkey on Tuesday brought back 301 citizens stranded in Canada due to the coronavirus lockdown as part of the country’s ongoing evacuation efforts.

The citizens were carried to the terminal by buses, and their temperatures were taken there.

Observing the social distancing rules, the passengers filled special information forms, and after passing passport controls, they received their luggage and left the airport.

The Turkish nationals extended their gratitude to the Foreign Ministry and Consulate General in Canada for their support in evacuation.

National flag carrier Turkish Airlines carried out the first evacuation flight from Canada on April 8, and the second flight on April 22, bringing back 484 Turkish citizens.

On June 4, it carried out the third flight to Canada, and evacuated Turkish citizens, including 349 adults and 15 infants.

Over 7.14 million cases have been reported in 188 countries and regions since the virus emerged in China last December.

The US, Brazil, Russia, and the UK are currently the hardest-hit countries in the world.

The pandemic has claimed over 407,000 lives worldwide, while recoveries are now over 3.31 million, according to figures compiled by the US’ Johns Hopkins University.