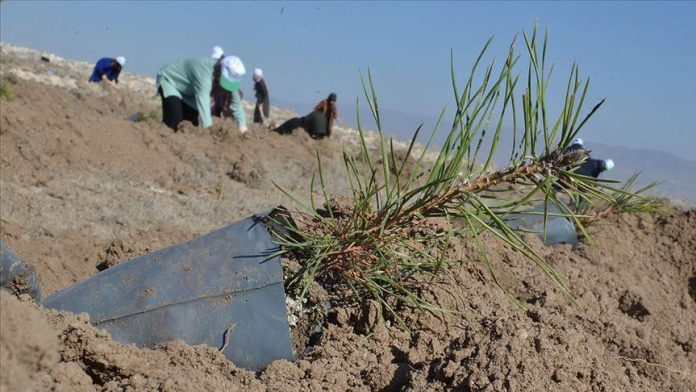 A Guinness World Record official on Tuesday announced Turkey has made a world record of planting most samplings in an hour.

“I hereby officially approve that the world record for most saplings planted in one hour belongs to [Turkey’s] Agriculture and Forestry Ministry from now onwards with 303,150 saplings,” Seyma Subasi Gemici told reporters on Tuesday.

The record came during the country’s massive tree-planting campaign on Monday in the hope of breath for the future in a greener Turkey.

In the central province of Corum, a group of people planted 303,150 saplings within an hour, beating Indonesia that held