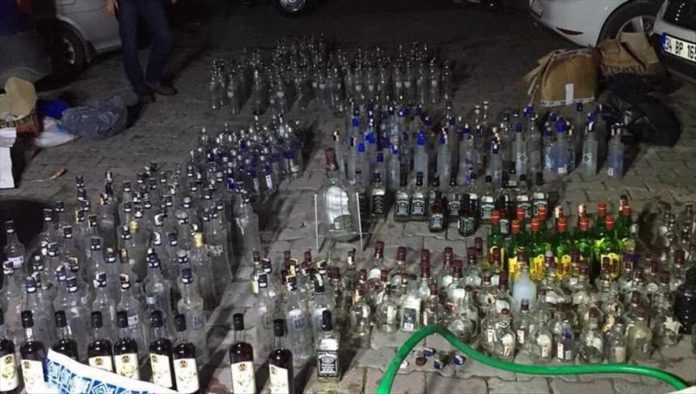 Turkish security forces seized 85 liters of ethyl alcohol and 1,762 liters of bootleg liquor in operations in two provinces on Friday.

Turkey has stepped up a crackdown on bootleg alcohol following dozens of deaths in various cities this month due to consumption of spurious liquor.

At least 51 people have died of alcohol poisoning since Oct. 9, according to authorities.