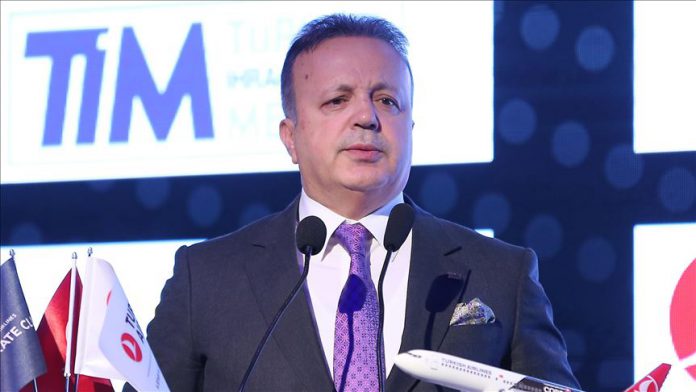 Despite the negative effects of global trade wars, Turkey’s exports continue to rise, the head of the Turkish Exporters Association said Thursday.

While several countries’ exports dropped in January-September, Turkey’s rose 2.6%, Ismail Gulle said during the third Istanbul Economy Summit, organized under the main theme, “Are we ready to the new world order?”

He added: “The cost of the U.S.-China trade wars on the world economy will reach $700 billion as of 2020, according to the International Monetary Fund’s forecast.”

The negative effect of protectionism will reach $14.4 billion on Turkish exports in 2019, while it was $7.1