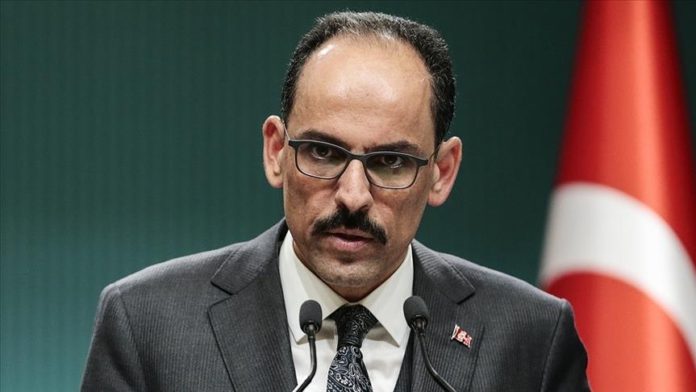 Turkey on Saturday criticized the “Western idealization” of the YPG/PKK in Syria, stressing how the terror group kidnapped thousands of young people just in the last month.

“So much for the Western idealization and romanticism of the PKK in Syria. Will their supporters say a word? Probably not, again,” he added.

In January, the terrorist YPG – the Syrian branch of the terrorist PKK – forcibly recruited more than 150 young people from Deir ez-Zor, eastern Syria.

Documenting the violations of civilians’ rights, in a Feb. 18 report, the Syrian Network for Human Rights said that the terrorist group detained at least 61 teachers in January and February.

The report said the YPG/PKK was after nearly 550 teachers living in Deir ez-Zor, Raqqa, and Al-Hasakah who refused to join the terror group.

Turkey has in particular decried the US for supporting the YPG/PKK, purportedly to fight Daesh/ISIS. Supporting one terror group to fight another makes no sense, Turkish officials argued.

In its more than 35-year terror campaign against Turkey, the PKK – listed as a terrorist organization by Turkey, the US, and the EU – has been responsible for the deaths of 40,000 people, including women, children, and infants. The YPG is the terrorist PKK’s Syrian branch.

EU, others condemn 'devastating effects' of military takeover in Myanmar