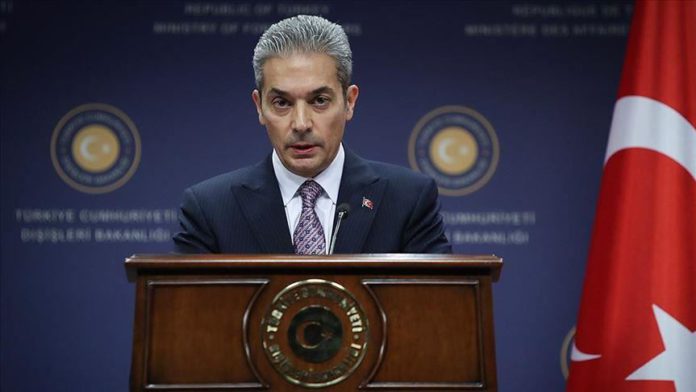 Turkey on Monday condemned violence by police against a Turkish national in Germany.

In a statement, Turkish Foreign Ministry spokesman Hami Aksoy said the violence against Turkish citizen Yuksel Aker at his workplace in Cologne was “unacceptable.”

Aksoy said it was clearly visible that the police used violence and disproportionate force against Turkish citizen during the raid that took place upon a complaint.

He urged German authorities to urgently take the necessary steps on the police officers involved in the incident and called on Germany to “be more sensitive to the increasing incidence of police violence in Germany, especially against immigrants and Muslims.”

Turkey provides the necessary support for “our citizen’s applications made to the relevant German authorities against this ill-treatment,” Aksoy added in the statement.

“We expect and demand that those responsible for these and similar incidents that we follow are accountable before justice.”

On Oct. 23, Aker, a businessman who owns a solid waste treatment plant in Cologne, was beaten and handcuffed by six police officers. The police came to his workplace after a complaint from one of his employees.

Breast cancer death rate on rise in younger US women