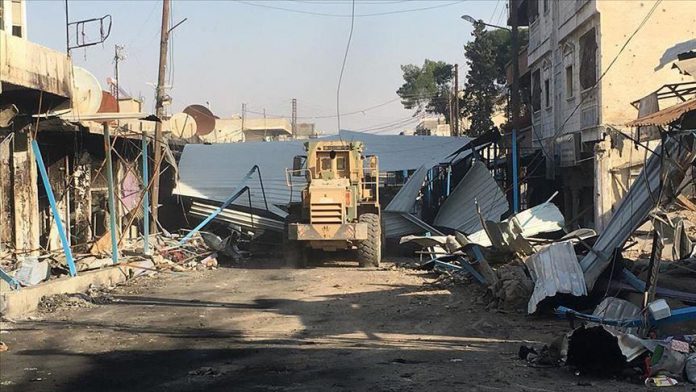 Sweep activities are ongoing in two Syrian districts, which have been cleared of terrorists during Turkey’s anti-terror operation in the region, according to a Turkish provincial governorate on Monday.

According to the governor’s office of Turkey’s border province of Sanliurfa, the activities are ongoing in Tal Abyad and Ras al-Ayn districts, which had been occupied by YPG/PKK terrorists for many years, and were deprived of urban services.

The region was cleared of terrorists with Turkey’s anti-terror operation, and basic needs of locals such as drinking water, food, energy, and hygiene are started to be met, the governorate said.