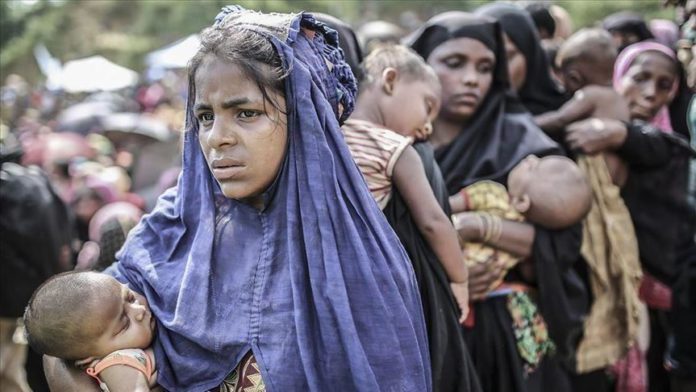 During a visit to Cox’s Bazar refugee camp on Monday, Turkish Ambassador to Bangladesh Mustafa Osman Turan assured Bangladeshi officials of proper humanitarian aid to help the people in need.

Turan met with Refugee Relief and Repatriation Commissioner’s Additional Secretary Shah Rezwan Hayat and Cox’s Bazar District Commissioner Md Kamal Hossain on Monday and discussed ways “to deepen collaboration between Turkey and Bangladesh institutions working on humanitarian assistance both for Rohingya and host communities affected by the crisis,” according to a social media post by Turkey’s Embassy in Bangladesh.

Meanwhile, the Turkish Cooperation and Coordination Agency delivered COVID-19 medical equipment for Chakaria and Ramu hospitals in Cox’s Bazar. A local member of the parliament, Zafar Alam, received the aid.

Turan also visited Arunodoy School, a special institute for children with special needs. Appreciating the special arrangement for such children, the ambassador assured of special support, including raising skilled manpower for the institute and training for teachers.

More than 34,000 Rohingya were also thrown into fires while over 114,000 others were beaten, said the OIDA report, Forced Migration of Rohingya: The Untold Experience.