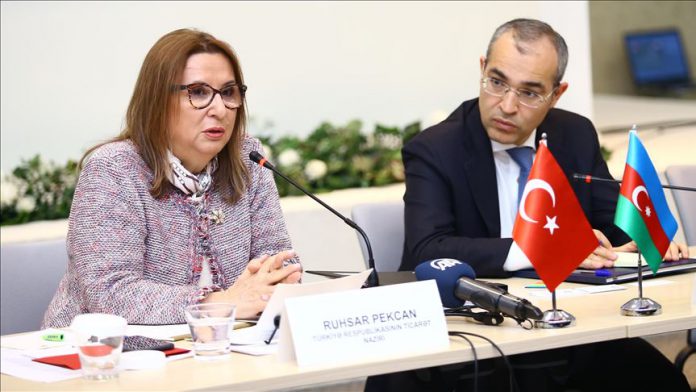 A preferential trade agreement between Turkey and Azerbaijan will be signed shortly, the Turkish trade minister said Thursday.

“The deal will be signed during the Strategic Cooperation Council meeting in the presence of both presidents,” Ruhsar Pekcan said during her visit to Baku.

The scope of the agreement will be widened to pave the way for businesspeople, she added.

She reiterated that both sides will work on eliminating the roadblocks to increase investments and trade.

“At a time when trade wars