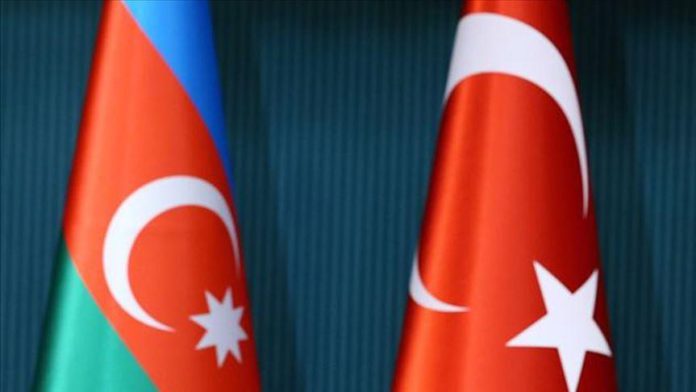 Turkey and Azerbaijan on Thursday will sign a memorandum of understanding (MoU) on strategic cooperation in the field of media.

The deal will be inked during Turkish President Recep Tayyip Erdogan’s upcoming visit to Azerbaijan.

He will attend the Victory Parade being held to mark the liberation of Azerbaijani territories from nearly three decades of Armenian occupation.

The joint media platform will further strengthen brotherly relations between the two countries, according to a statement by Turkey’s Communications Directorate.

The platform will counter disinformation in the international arena as well as undertake joint projects in the fields of television and drama.

Also, exchange programs and trainings will be held to establish people-to-people contact.

Speaking about the deal, Turkey’s Communications Director Fahrettin Altun said: “We are strengthening our historical relations with a new collaboration under the ‘common media’ ideal taking the ‘two states, one nation’ motto a step forward.”

He went on to say together they will shape public opinion globally and counter fake news.

Hikmet Hajiyev, an assistant to the Azerbaijani presidency, said significant benefits will come about with the signing of this MoU.

After the MoU, a joint commission will draw a target-oriented plan in three months.

Turkey and Azerbaijan will bear equal responsibilities based on the MoU.