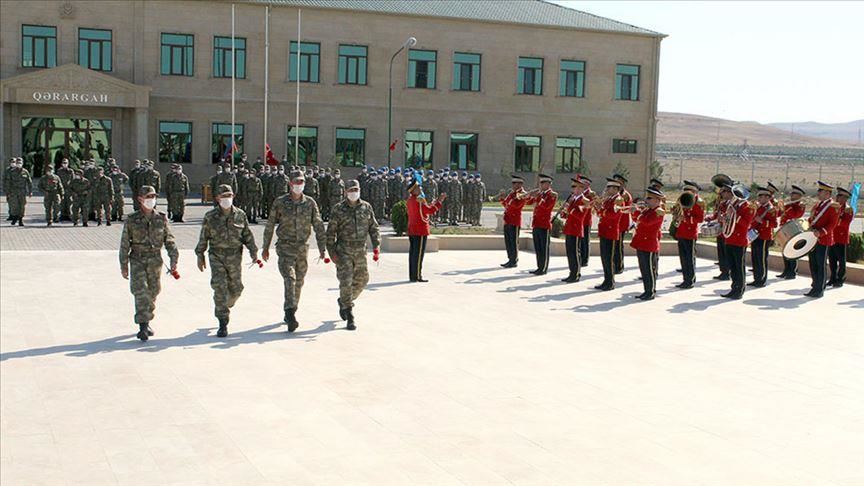 As Turkey and Azerbaijan are getting ready for a large-scale joint military exercise, some Turkish war helicopters were brought to Nakhchivan.

According to a statement by the Azerbaijani Defense Ministry, helicopters were carried by military planes owned by the Turkish Air Force, and they were welcomed with a military ceremony.

Following the ceremony, the helicopters were prepared by technical teams for the upcoming exercise.

The military exercise to be held in Baku and Nakhchivan on Aug. 1-5 will include mortars, armed vehicles, and cannons striking simulated targets.

The air forces of both countries will start exercises on July 29, to end on Aug. 10. Both helicopters and warplanes will hold activities in Baku, Nakhchivan, Ganja, Kurdamir, and Yevlakh.

The military exercises are coming shortly after an attack by the Armenian Armed Forces on Azerbaijani troops in the northwestern Tovuz border region. At least 11 Azerbaijani soldiers — including a major general and a colonel — were martyred.