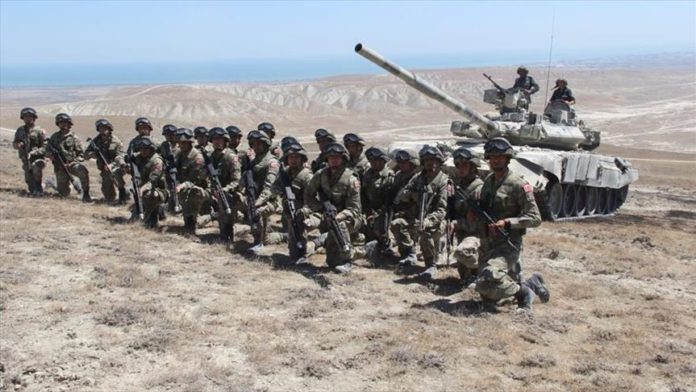 Joint military exercises, which began on July 29 with the participation of Turkey and Azerbaijan’s air and ground forces, are continuing.

“Another stage of the Azerbaijani-Turkish Live-Fire Joint Large-Scale Tactical Exercises held in our country in accordance with the Agreement on Military Cooperation was conducted,” Azerbaijan’s Defense Ministry said on Sunday.

“According to the plan, the efficiency and coordination of tasks, the organization of interoperability, the logistic support in the course of combat operations, as well as the effectiveness of military personnel activity and the use of weapons and military equipment were checked.”

Ground exercises, meanwhile, are being held in Baku and Nakhchivan until Aug. 5 with artillery, armored vehicles, and mortars striking simulated targets.

The exercises come on the heels of a recent attack by Armenia on Azerbaijani troops in the northwestern Tovuz border region. At least 11 Azerbaijani soldiers — including a major general and a colonel — were martyred.