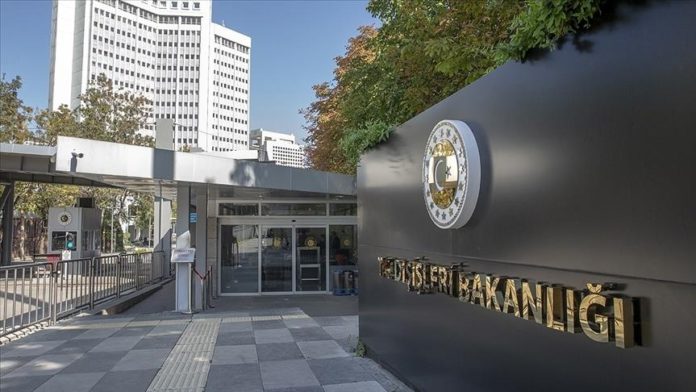 Turkey and Azerbaijan have signed a protocol allowing mutual passport-free travel for nationals on both sides, the Turkish Foreign Ministry said on Friday.

The agreement was signed Thursday during a visit by Turkish President Recep Tayyip Erdogan to Azerbaijan, with a Turkish Foreign Ministry statement the following day saying that the protocol allowing travel with ID cards would pave the way for the people of Azerbaijan and Turkey to “intertwine further.”

After Azerbaijan revoked visa requirements for Turkish citizens, the residence period for the country’s nationals was extended from 30 days to 90 days, noted the communique.

“With this protocol signed by our Minister [Mevlut Cavusoglu] with his Azerbaijani counterpart, the two countries’ citizens will be able to go to Turkey and Azerbaijan by presenting their identity cards only,” it added.

The statement further said the newly-signed protocol would not only enhance “contact between our peoples” but “is also very meaningful in terms of showing the state of our relations with Brotherly Azerbaijan.”