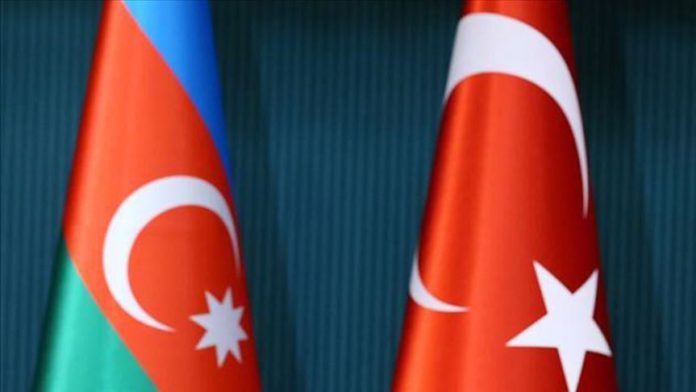 Turkey and Azerbaijan discussed industrial cooperation in the field of defense, the head of the Turkish Defense Industries Presidency (SSB) said on Friday.

Turkey and Azerbaijan have to show the world that the two brotherly countries are in full unity, Ismail Demir tweeted after a meeting in the Turkish capital Ankara with Ramiz Tahirov, Azerbaijan’s Deputy Defense Minister, and Kerem Mustafayev, the army commander of the Nakhichevan Autonomous Republic.

With all its technology, capacity and experience, Turkey’s defense industry is at Azerbaijan’s disposal, from armed unmanned aerial vehicles to missiles and electronic battle systems, he underlined.

In addition to bringing new systems to the Azerbaijani army, the two countries will work together on the modernization of existing systems, maintenance and training activities, Demir added, citing the two countries’ motto: “One nation, two states.”

Eleven Azerbaijani soldiers — including a major general and a colonel — were martyred in the clashes that injured four others.

Despite international calls for restraint, Armenian troops also opened fire on residential areas in the villages of Agdam and Dondar Kuscu. A 76-year-old Azerbaijani man lost his life in the attacks by Armenia, which Baku has accused of hiding losses.

Azerbaijan has blamed Armenia for the “provocative” actions, with Turkey throwing its weight behind Baku and warning Yerevan that it would not hesitate to stand against any kind of attack on its eastern neighbor.

The Armenian military in 1991 illegally occupied the Upper Karabakh region, an internationally recognized territory of Azerbaijan.