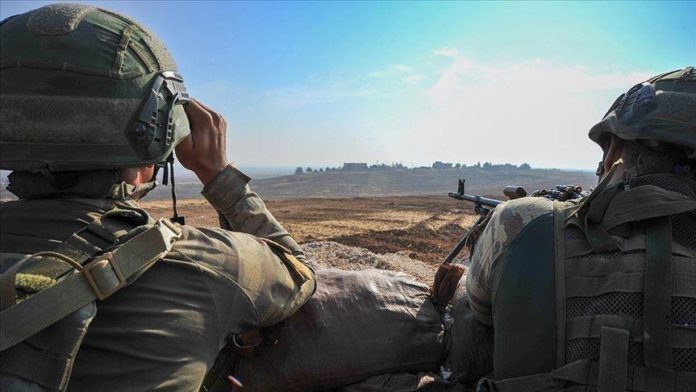 In 2021, Turkish security forces prevented a total of 101 terrorist attacks — 97 by the PKK, three by Daesh/ISIS, and one by an extreme leftist terror group, Turkey’s interior minister said on Wednesday.

Turkey carried out a total of 135, 916 operations against the Fetullah Terrorist Organization (FETO), while security forces arrested 312,121 FETO suspects since the terror group orchestrated a coup attempt in 2016, Suleyman Soylu said at a military graduation ceremony in the western province of Manisa.

Turkish gendarmerie forces carried out a total of 18,623 operations across the country in 2020 alone, Soylu also noted.

He said that since July 15, 2016, Turkey had conducted 476,116 anti-terror operations against the PKK in urban centers and the countryside, including 70,471 operations carried out since January this year.

While 6,286 PKK terrorists in Turkey were neutralized since July 15, 2016, security forces also destroyed 7,276 of their mountains hideouts, Soylu added.

The count of PKK members who has surrendered to Turkish security forces through persuasion since now amounts to 932, according to Soylu, who also said that together with those who have surrendered on their own accord, this figure amounts to 1,634.

The terror group’s recruitment rates have also suffered, declining from more than 5,000 per year to just 53 in 2020, he added.

This year, only 24 people, including five from abroad and 19 from Turkey, have joined the PKK so far amid Turkey’s ongoing fight against the terror organization, he said.

In its more than 35-year terror campaign against Turkey, the PKK — listed as a terrorist organization by Turkey, the US, and EU — has been responsible for the deaths of 40,000 people, including women, children, and infants.

A total of 338 fugitive FETO suspects are currently on the Interior Ministry’s wanted lists for a total bounty of 664 million Turkish liras ($76.8 million), according to the information compiled by Anadolu Agency.

Turkey’s Justice Ministry has so far requested the extradition of 1,022 FETO members from 109 countries, including the US, Germany, Romania, and Belgium, according to information obtained by Anadolu Agency.

Following these requests, 121 FETO members in 29 countries have been handed over to Turkey.