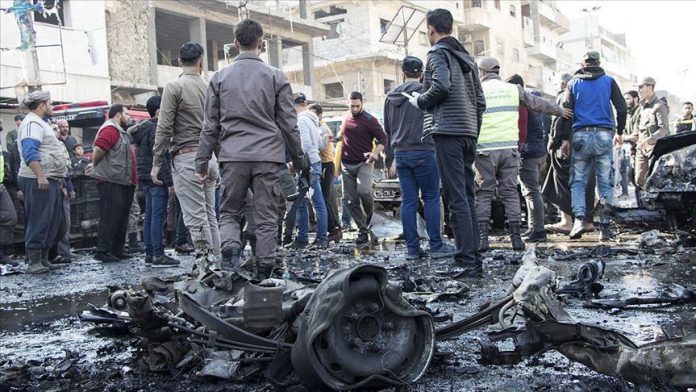 Turkey arrested the YPG/PKK terrorist behind the deadly car bomb attack in Syria, the National Defense Ministry said on Sunday.

On Saturday, at least 18 civilians were killed and 30 others injured in a YPG/PKK attack in al-Bab, northern Syria.

“The perpetrator of the attack was caught after a successful operation by the National Intelligence Organization,” the ministry announced on Twitter.

Al-Bab was largely cleared of the terrorist YPG/PKK in 2016 as part of the Turkey’s Operation Euphrates Shield.