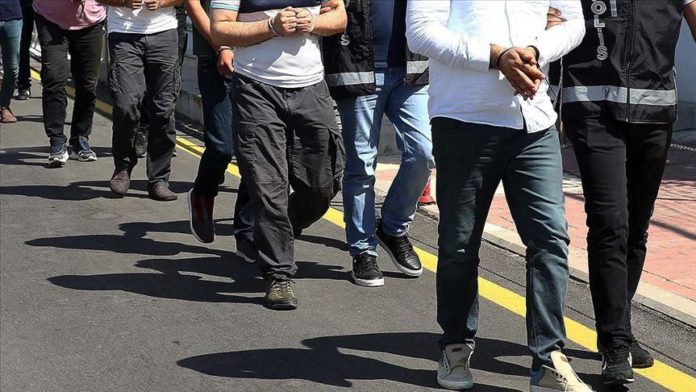 Turkish prosecutors issued arrest warrants for 78 suspects across the country over their alleged links to the Fetullah Terrorist Organization (FETO), the group behind the 2016 defeated coup attempt, security sources said Tuesday.

Local police in the Aegean Izmir province carried out simultaneous operations in 28 cities against the infiltration of the FETO terror group into the Turkish Armed Forces, said a source who asked not to be named due to restrictions on speaking to the media.

Out of 66 suspects, accused of having contacts with “covert imams” — senior FETO members — by pay phone, 53 of them, including 48 on active duty soldiers, were arrested during the operation.

In a separate operation in the capital Ankara, arrest warrants were issued for 12 teachers, including eight on duty, who are accused of having links with FETO, using ByLock, the terror group’s encrypted smartphone messaging app, trying to recruit people for the group.

At least nine of the suspects were arrested in the operation and the hunt continues for the remaining.

14th round of 2020 F1 season starts at Intercity Istanbul Park