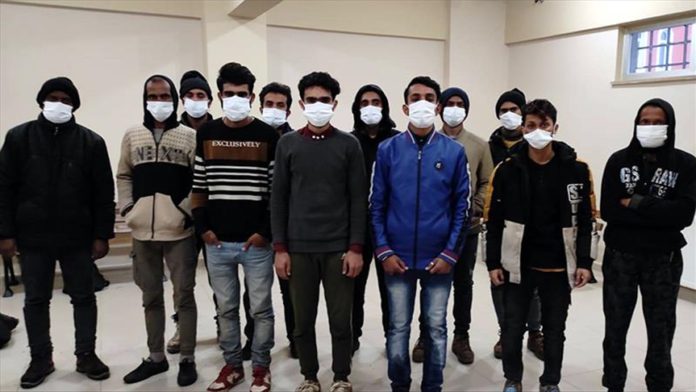 Police in northwestern Turkey arrested a suspect amid a probe into migrant smuggling as 12 irregular migrants were held in a vehicle, according to security sources on Wednesday.

Police in Kocaeli province stopped a minibus as part of the country’s measures to stop migrant smuggling, said the source on condition of anonymity due to restrictions on speaking to the media.

A total of 12 irregular migrants including Pakistani, Bangladeshi, and Afghan nationals were held in the minibus.

The irregular migrants were taken to the provincial migration authority.

The driver, identified as H. A. was arrested and police seized the minibus.