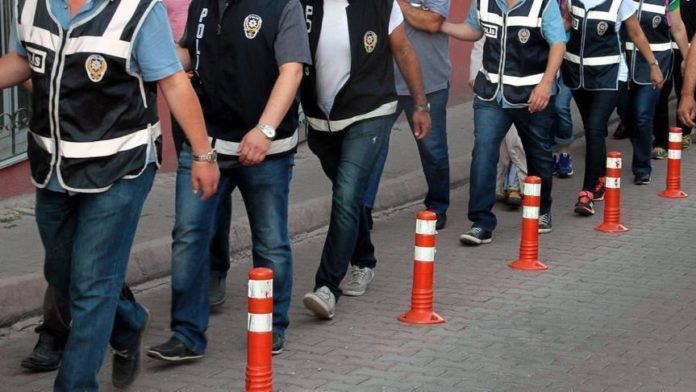 Turkish police on Friday arrested at least 94 people for their suspected links to the Fetullah Terrorist Organization (FETO), the group behind the 2016 defeated coup, security sources said.

The arrests came after prosecutors in the Aegean province of Izmir issued warrants for 31 people found to be using ByLock, the terror group’s encrypted smartphone messaging app, said the sources, who asked not to be named due to restrictions on speaking to the media.

Separately, 37 suspects were arrested in an investigation based in the capital Ankara into the FETO terror group.

According to a statement by Ankara prosecutors, the arrests came after a warrant was issued for 37 FETO suspects accused of being members of an armed terrorist group.

Meanwhile, a total of 26 suspects were arrested in the southern Mersin province. According to a statement by the provincial prosecutors, the suspects include teachers, tradesmen, and dismissed military personnel.

Security forces continue to search for the remaining suspects across eight provinces.