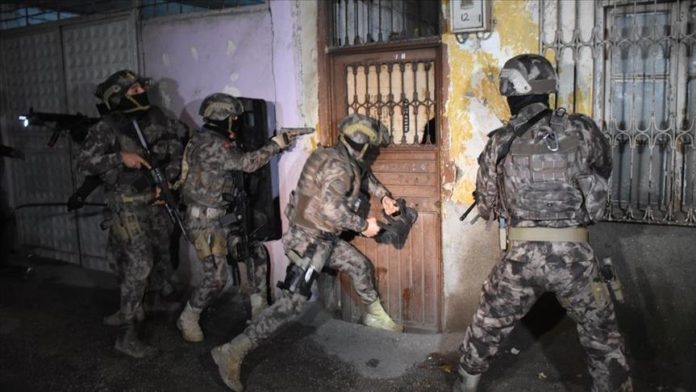 Turkish security forces arrested at least seven people over their suspected links to the PKK/KCK terror group, a security source said on Friday.

As part of an investigation launched by the Chief Public Prosecutor’s Office in eastern Kars province, a joint operation was carried out by the provincial gendarmerie command and the National Intelligence Agency (MIT) teams, said the source on condition of anonymity due to restrictions on speaking to the media.

The operation was launched to arrest local collaborators of the terror group. The detained suspects were transferred to the provincial courthouse for further procedures.

Turkey to send 2nd batch of aid to Azerbaijan