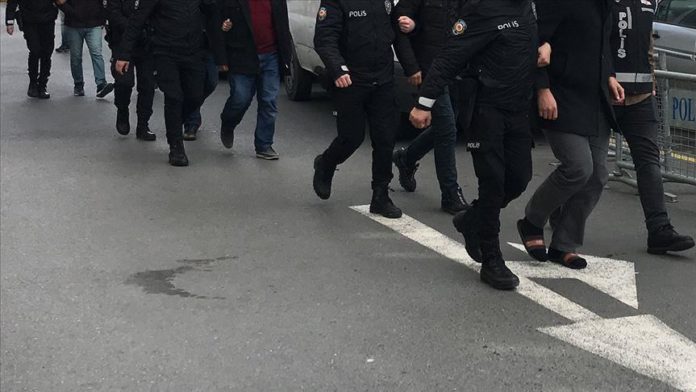 At least seven on-duty soldiers were arrested on Friday for their suspected links to the Fetullah Terrorist Organization (FETO), according to a security source.

Provincial security directorate in the central Eskisehir province carried out simultaneous operations as part of a probe into FETO’s Air Force Command infiltration, said the source who asked not to be named due to restrictions on speaking to the media.

The suspects were sought with an arrest warrant, the source added.

Meanwhile, five other FETO suspects, who had been arrested previously, were referred to a court in the northwestern Bursa province, said another security source.

The suspects were arrested in Bursa-based police operations launched across 16 provinces. 35 suspects have been arrested so far.

The suspects were found to be using ByLock — FETO’s encrypted smartphone messaging app — and in touch with terror affiliates through pay phone.

Separately, a total of 15 FETO suspects, who were arrested in Istanbul, were referred to the Chief Public Prosecutor’s Office.

The suspects include on-duty soldiers who favored candidates with links to the FETO during air force entrance examinations between 2004-2016.

They were arrested on June 9 in Izmir-based police operations launched across 26 provinces.