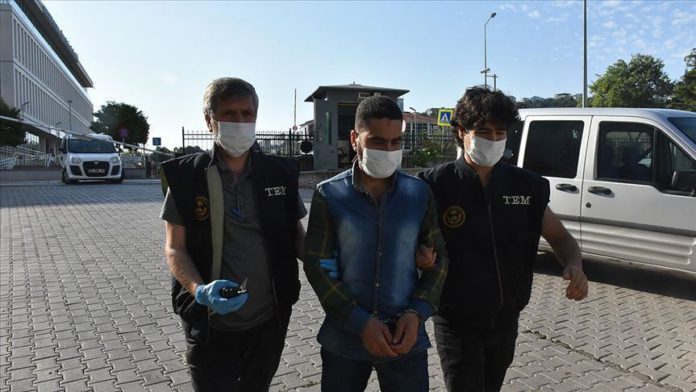 At least 12 suspects have been arrested Wednesday for their links to the Daesh/ISIS terror group in the Black Sea region of Turkey, according to a security source.

The anti-terror and intelligence teams of police in the northern Samsun province launched an operation — supported by special action forces — to nab 13 Iraqi national suspects in various addresses of the city, said the source, who asked not to be named due to restrictions on speaking to the media.

The operation in Ilkadim, Atakum and Canik districts led to the arrest of 12, who were active in the terror group when they were in Iraq, the source added.

Digital materials were also seized in their addresses.

Operation is underway to arrest one remaining suspect.