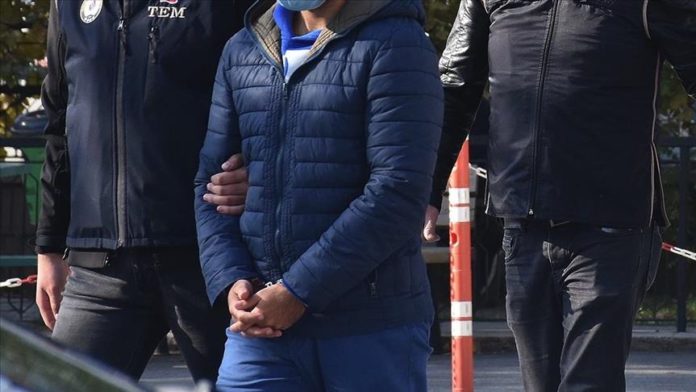 The Turkish police arrested a total of 116 suspects for their alleged links to the Fetullah Terrorist Organization (FETO), the group behind the 2016 defeated coup, security sources said early Tuesday.

Prosecutors in the western Izmir province issued arrest warrants for 82 suspects, including 70 active duty soldiers, for infiltration into the Turkish Armed Forces, said the source on condition of anonymity due to restrictions on speaking to the media.

The suspects are accused of communicating with “covert imams” — senior FETO members — by payphone.

Izmir-based simultaneous operations were conducted across 39 provinces, and 63 suspects were arrested.

Separately, a total of 41 former police officers were arrested in another Izmir-based operations across six Turkish provinces, security sources said on Tuesday.

This came after prosecutors in Izmir issued arrest warrants for 44 suspects over their communication with “covert imams”.

Also in the capital Ankara, anti-terror police teams arrested 12 suspects out of 20 sought with warrants, who are accused of using ByLock, the terror group’s encrypted smartphone messaging app.

The hunt for the remaining suspects is underway.

FETO and its US-based leader Fetullah Gulen are accused of orchestrating the defeated coup of July 15, 2016 which left 251 people martyred and nearly 2,200 injured.