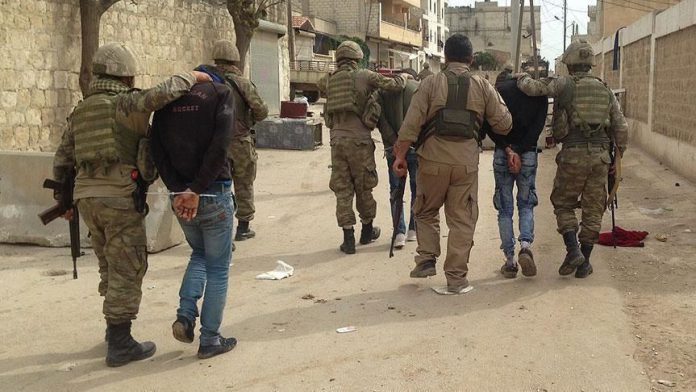 The terrorists were involved in an attack in the district of Afrin on Jan. 23, 2018 that left a Turkish lieutenant and specialist sergeant martyred.

They had taken with them the bodies of the soldiers, which could only be found 58 days later.

Video footage aired on a channel used by the terrorists showed them placing the bodies into a vehicle.

The terrorists involved in the attack were caught in subsequent investigations.