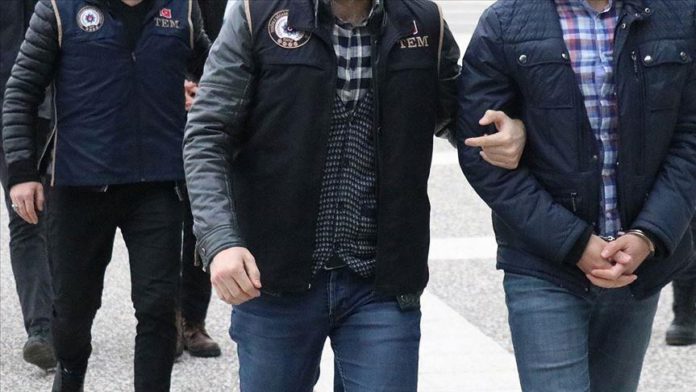 The suspects are accused of communicating by payphone with alleged links to the terror group’s “covert services” in the Turkish Land Forces Command.

Police teams have arrested 15 of the suspects, and continue to hunt for the remaining suspects.

Separately, a total of 52 suspects were arrested in Istanbul-based simultaneous operations across Turkey’s 33 provinces, said a security source.

Prosecutors in Istanbul issued arrest warrants for 118 personnel of the Turkish Land Forces Command, including 10 active-duty soldiers, said the source, who asked not to be named due to restrictions on speaking to the media.

They were accused of communicating by payphone with other FETO members, the source said. Hunt for 53 fugitive suspects is underway, while 13 of them were reported being abroad, the source added.

Prosecutors in the northwestern Balikesir province issued arrest warrants for eight suspects over their use of ByLock, the sources said. The hunt for the remaining suspect continues, the sources added.

Some 17 suspects were arrested in Nigde-based operations across seven provinces, said a security source.

Prosecutors in the central Nigde province issued arrest warrants for 17 female suspects for having alleged links to FETO’s “covert structuring”.