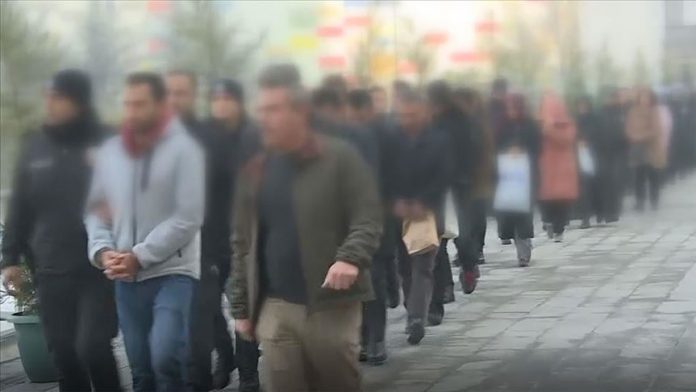 Turkish prosecutors issued arrest warrants for 88 suspects on Friday over links to the Fetullah Terrorist Organization (FETO), the group behind the 2016 defeated coup, security sources said.

According to the Office of Chief Public Prosecutor in Izmir, on the Aegean coast of Turkey, among the suspects sought with arrest warrants were 40 on-duty soldiers, as well as 21 former soldiers either retired, resigned or were expelled.

The suspects were sought as part of a probe into FETO’s clandestine network in the Turkish Armed Forces (TSK).