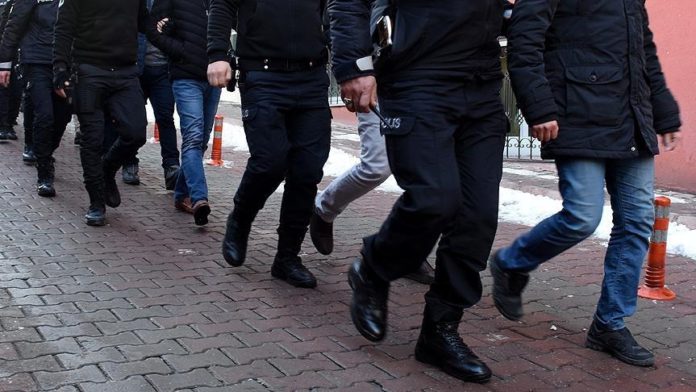 Arrest warrants were issued for 57 suspects across Turkey over their suspected links to the Fetullah Terrorist Organization (FETO), the group behind the 2016 defeated coup in the country, security sources said Tuesday.

In the southeastern province of Gaziantep, warrants were issued for suspected FETO members who used 102 mobile phone numbers bought in the name of students who stayed in the terror group’s dormitories or foreigners. But actually, these mobile phone numbers were being used by senior operatives of the group.

From December 2015 until the coup bid on July 15, 2016, 64 of these mobile numbers were used. After the coup attempt, 38 others were used, the provincial prosecutor’s office said in a statement.

It was found that inter-organizational interviews were conducted through mobile phones issued on these numbers. These numbers also used the terror group’s encrypted smartphone messaging app ByLock and communication program Kakao Talk.

Anti-terror teams launched an operation simultaneously in 22 cities across the country to apprehend the suspects, including teachers, doctors, soldiers, lawyers, and police officers. So far, 50 have been arrested.

Some of the suspects were involved in the secret military, security, and educational structure of the organization.

A search is underway to arrest the remaining seven suspects, it added.

FETO and its U.S.-based leader Fetullah Gulen orchestrated the defeated coup of July 15, 2016, which left 251 people martyred and 2,734 injured.