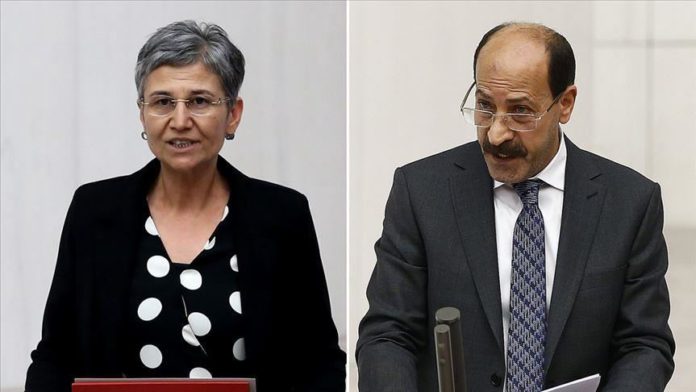 Prosecutors of southeastern Diyarbakir province of Turkey issued an arrest warrant for two opposition lawmakers whose seats were revoked earlier on Thursday.

Leyla Guven and Musa Farisogullari, lawmakers of Peoples’ Democratic Party (HDP), had previously been given prison sentence for six years and three months, and nine years respectively over accusations of “membership to an armed terrorist organization”.

The 16th Criminal Division of the Supreme Court had approved the jail time sentences issued earlier.

The final judgments of the judicial proceedings on lawmakers were read out in the general assembly on Thursday, and their seats were revoked.

Turkey's ruling party: 'No one can hijack democracy'