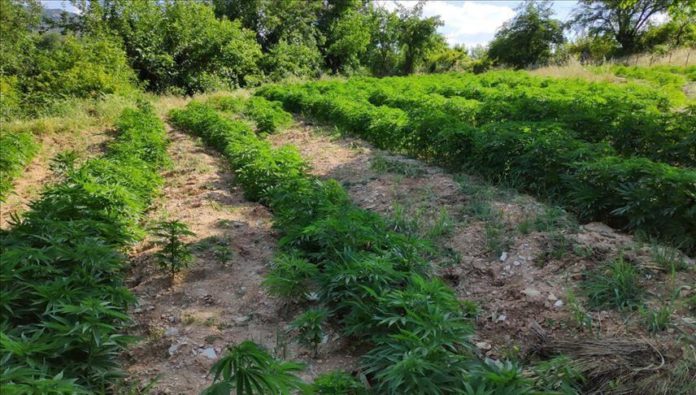 Security units seized some 333,000 roots of cannabis sativa and at least 110 kilograms (nearly 250 pounds) of marijuana in eastern Turkey, authorities said on Monday.

In a statement, the Diyarbakir Governor’s Office said operations targeting the PKK terrorist group’s illegal drug production and trafficking were carried out in the villages of Yalaza and Baglan in the Lice district, and some villages of Hazro district.

Some 330,600 cannabis roots were seized during the operations which also confiscated weapons; with 269 fire crackers, unregistered firearms and weapon chargers among them.

Meanwhile, around 2,400 cannabis roots were seized in the southeastern Sanliurfa province.

A suspect, who grew roots in his backyard, was remanded into custody for producing and trading narcotic drug.

Turkey’s anti-narcotics operations, carried out to ensure the peace and security of locals, will continue without any letup, said the statement.

The PKK has financed its terrorist activities through the illegal drug trade since 1980s, with Interpol estimating that up to 80% of European illicit drug markets are supplied by YPG/PKK-controlled trafficking networks.

Turkish authorities have been confiscating narcotic shipments owned or operated by the YPG/PKK for over three decades.

The PKK — listed as a terrorist organization by Turkey, the US and EU — has been responsible for the deaths of nearly 40,000 people, including women, children, and infants. The YPG is PKK’s Syrian offshoot.