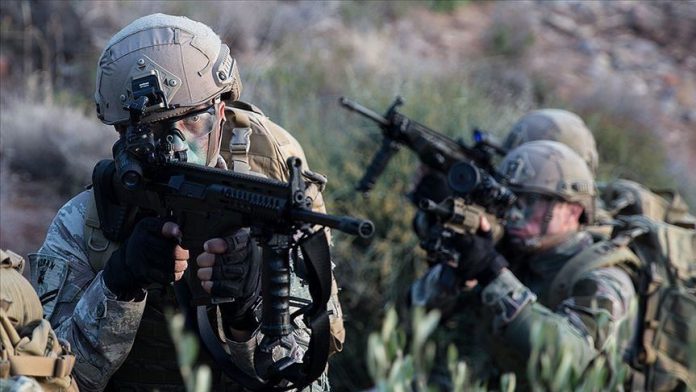 Turkish Ministry of National Defense on Sunday said a total of 80 terrorists were neutralized as part of cross-border and domestic anti-terror operations over the past month.

The ministry said 52 terror posts, shelters and cellars used by terrorists were also destroyed as part of operations.

Turkish authorities often use the word “neutralize” to imply the terrorists in question either surrendered or were killed or captured.

Although the statement did not mention any specific terrorist group, Turkish forces have been conducting operations against the PKK terrorist organization and its branches as part of cross-border and domestic anti-terror operations.