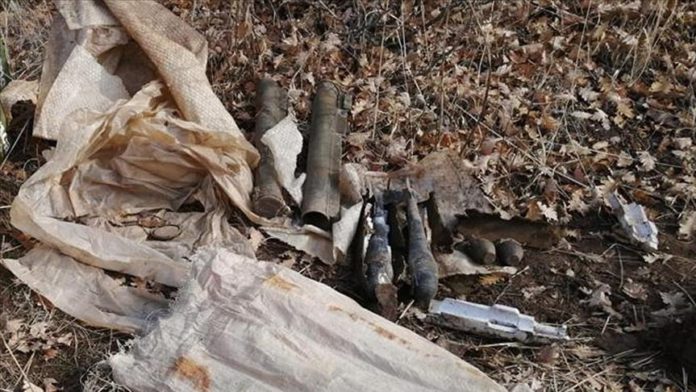 A large cache of weapons, explosives, ammunition and other materials were seized by Turkish security forces in an operation against the PKK terrorist organization, local officials in eastern Turkey announced Monday.

Local gendarmerie forces in Bitlis province launched the large-scale Operation Yildirim-16 in the Sehi Forests and Celtikli Valley areas to cripple the PKK’s pre-winter mobility and prevent it from finding shelter, according to a statement from the provincial governor’s office.

The operation also aims to completely end the presence of the terrorist organization in the country, it added.

As part of this effort, security forces nabbed the weapons, ammunition and different types of explosives in eight villages on Dec. 4-6.

Some of the materials were stored as evidence, while others were destroyed, the statement said.

Also, shelters and caves used by the terror group were made unusable.