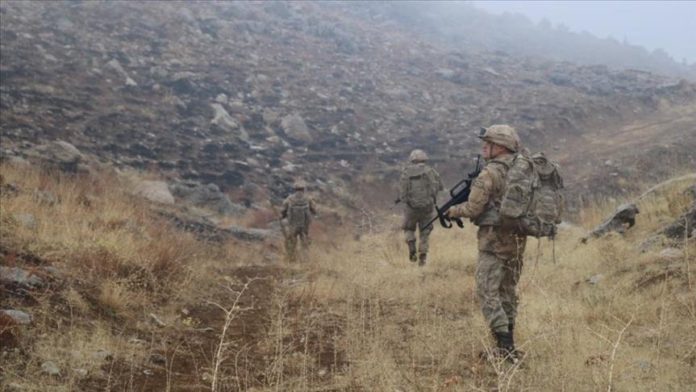 A huge cache of arms and ammunition was seized by Turkish security forces following an operation in the country’s southeastern region against PKK, a terrorist organization, the Interior Ministry said on Monday.

Gendarmerie forces carried out search activity after the Yildirim-1 Cudi anti-terror operation, in which five terrorists were “neutralized” on Sunday in the Gabar region of Sirnak province, it said in a statement.

The operation is continuing in the region, the ministry added.