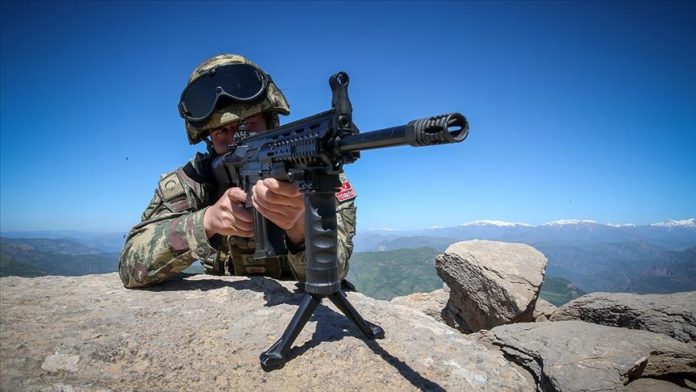 Turkish gendarmerie forces seized a cache of arms, ammunition, and explosives belonging to the terrorist group PKK, officials in the eastern Hakkari province said on Monday.

The materials were seized over the weekend in the village of Kavakli in the Katomarinos district, said a provincial governorship statement.