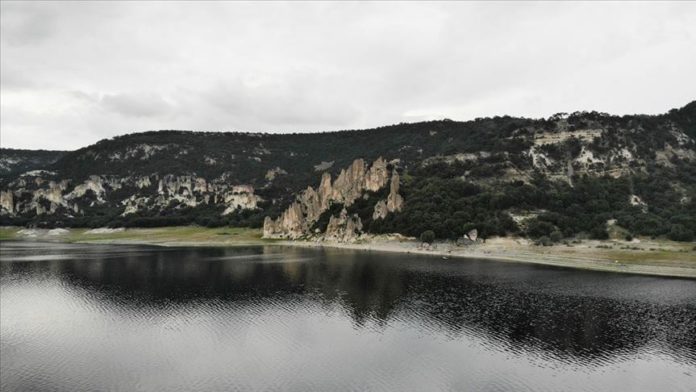 A bicycle-path project for a portion of the Phrygian Valley has been initiated by the governorate of Turkey’s Aegean province of Kutahya in an effort to attract more tourists.

The mountainous part of valley, which falls within Kutayha province, covers the area from Yenibosna district to Ovacik village — 55 kilometers (34 miles) from the city center.

The project, Phrygian Valley civilization environment project, is to attract more tourists with a 40-kilometer (25-mile) long bicycle path and a visitor center that can guide tourists.

Inscribed tentatively on the UNESCO World Heritage List, the Phrygia Valley spreads across Ankara and central Eskisehir, as well as its neighbors in the Aegean region, Kutahya and Afyonkarahisar.

The region, which consists of rock graves, churches and cave remains built for shelter, was used by the Phrygians in 900-600 BC and then by the Romans. Similar fairy chimneys formations in Cappadocia can also be found in the Phrygian Valley.

– Construction to be environment-friendly

Kutahya Governor Ali Celik said construction will be completed as to not spoil the natural appearance of the valley.

”It is a very important project for us. The road passing near the valley is on the same axis with the road passing from Istanbul to Antalya. There is a lot of vehicle and passenger traffic on this road. We aim to introduce the Phrygian Valley to people passing through here,” he told Anadolu Agency.

There is approximately 40 kilometers of road in the valley. “On this carriageway, we have started the work of an integrated bicycle path that will link the roads to each other. In this sense, we are planning to connect all our villages in the valley to the city center by bicycle,” he said.

Celik said completion of the implementation phase by integrating the reception center via bicycle is scheduled for next year.