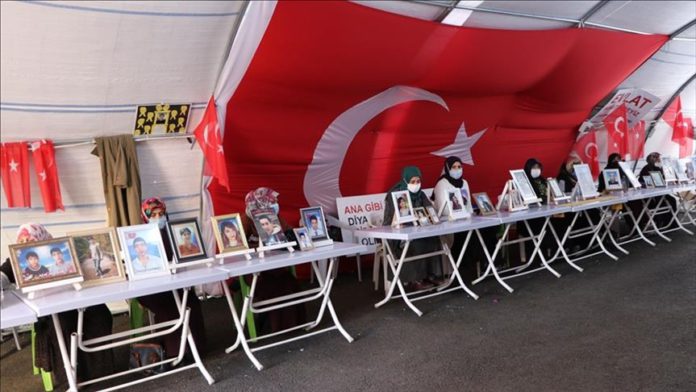 A sit-in in southeastern Turkey against the YPG/PKK terror group has entered its 462nd day.

Fatma Akkus, the mother of Songul who was abducted by the terror group, said HDP played the role of facilitator in the abduction of her daughter.

“Children as young as 9 to 14 cannot go anywhere on their own. My daughter could not go out alone in town. I mean, she was taken by PKK with help of HDP,” said Akkus.

She urged her daughter to surrender to security forces.

Sevket Bingol, whose teenaged son Tuncay was abducted six years ago, said he wants an immediate answer from the HDP.

“I want HDP deputies to come here and make an explanation. But they wouldn’t dare to come here. Their children study in the US and Europe. Where is my child?” Bingol said.