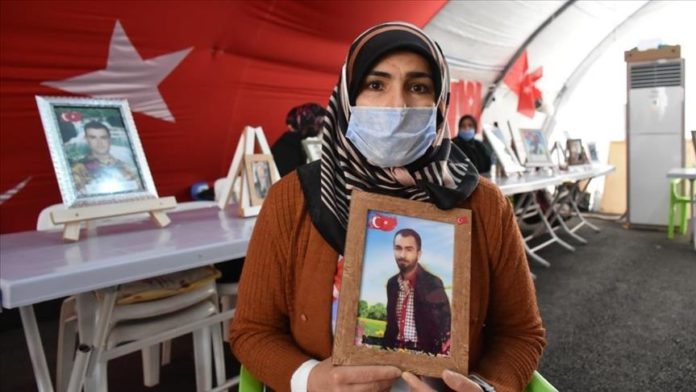 A sit-in protest by families whose children were abducted and forcibly recruited by the PKK terrorist organization entered its 455th day Monday with protestors demanding their return.

The sit-in outside the office of the Peoples’ Democratic Party (HDP), which the government accuses of having links to the YPG/PKK, has been growing every day.

Immihan Nillifirka, one of the protesting mothers, said her son was only two months away from graduating from the Communications Department of Ege University before terrorists abducted him.

She accused the HDP of abducting her child for the terror group, saying children brought to the party’s office and were brainwashed so they would be recruited by the PKK.

Fadime Aksu, another protesting mother, said she would not leave the sit-in without taking her child by her side.

She called on her son to surrender to security sources so he would receive a lighter punishment.