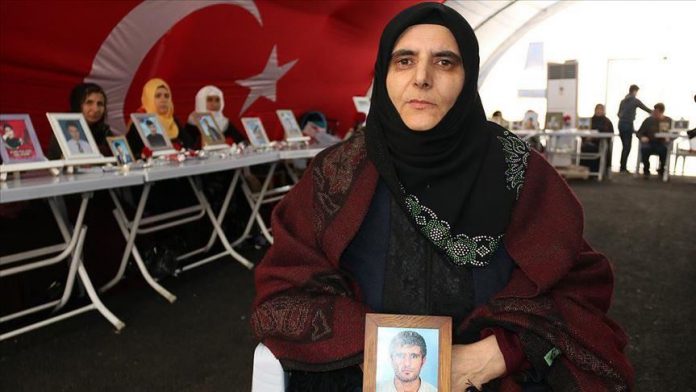 On its 196th day, Hediye Kurt joined the protests staged outside the Diyarbakir office of the Peoples’ Democratic Party (HDP), a political party accused by the government of having links to the terrorist organization YPG/PKK.

Kurt claimed her son Bayram was deceived and kidnapped by the terror group in Istanbul where he received education five years ago when he was 21 years old.

“Every time the ring bells, I rush to the door thinking my son returned,” she said, adding that