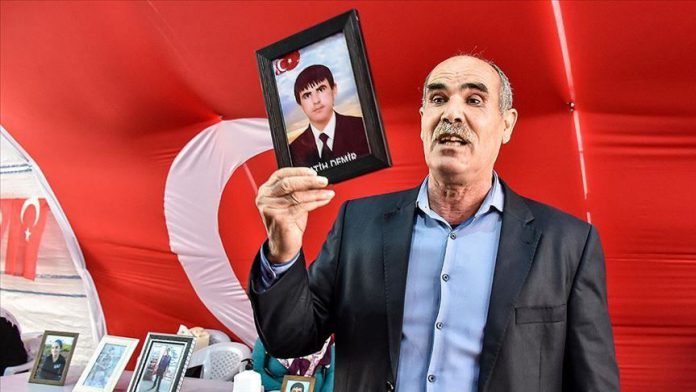 A father who has joined the ongoing protest against the YPG/PKK terror group in Turkey’s southeastern province of Diyarbakir on Thursday demanded the return of his son from the terror group.

Dozens of parents started the protest on Sept. 3, 2019, outside the offices of the Peoples’ Democratic Party (HDP), a party accused by the government of having links to the YPG/PKK terror group.

Abdullah Demir is one of the parents who