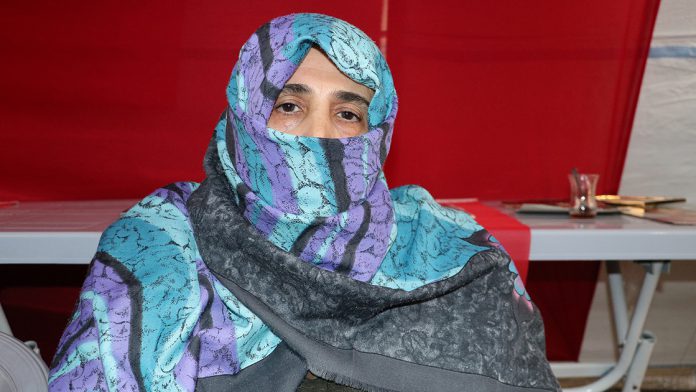 With efforts of Turkish police, another family has reunited with their child, who was kidnapped by PKK terrorists, after five years of longing.

According to security forces, five members of the organization surrendered Thursday to Turkish authorities at Sirnak’s Habur border gate in eastern Turkey, after the persuasion efforts of police.

Among those surrendered, Ibrahim Halil Kadran was learnt to be the grandson of Halime Kadran and nephew of G.A., who both attended the sit-in protest against PKK terror group in southeastern Diyarbakir province.

The protest started on Sept. 3 outside the offices of the Peoples’ Democratic Party (HDP),