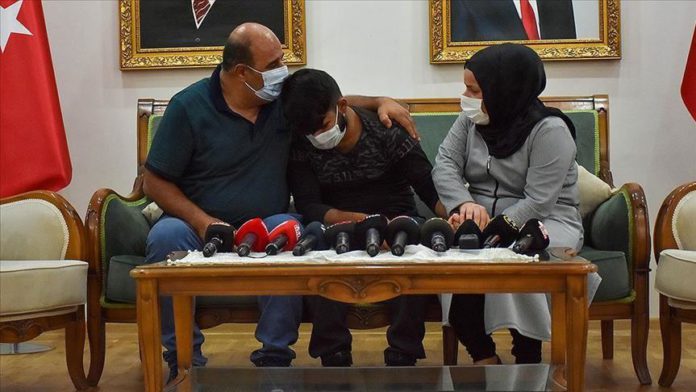 One more family on Wednesday reunited with their son kidnapped by the PKK terrorist organization in southeastern Turkey.

An aggrieved family’s longing has come to an end after Erdal Cetin, who was abducted and taken to the mountains by the terrorists five years ago when he was only 13 years old, surrendered to the Turkish security forces in the southeastern Mardin province.

Cetin’s family joined a sit-in against the YPG/PKK terror group in the southeastern city of Diyarbakir, outside the office of the Peoples’ Democratic Party (HDP), which the government accuses of having links to the terrorist organization.

So far, 16 families have reunited with their children since the start of the sit-in.

The protest began on Sept. 3 last year in Diyarbakir by mothers of the kidnapped children and it has since been growing.