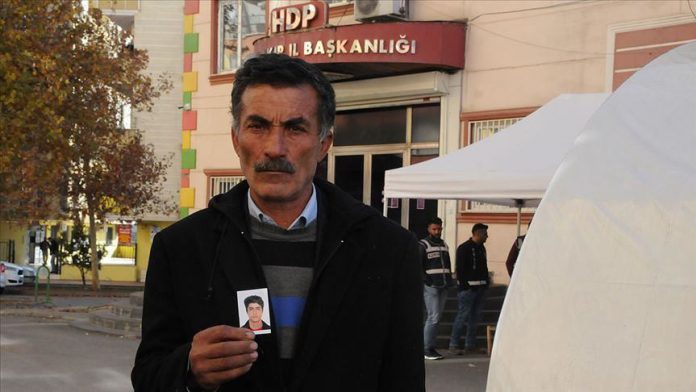 Another family joined Wednesday an ongoing sit-in protest of families outside provincial office of a political party in southeastern Turkey.

The protest started on Sept. 3 in Diyarbakir province when a mother, Fevziye Cetinkaya, said her underage son had been forcibly recruited by YPG/PKK terrorists with the help of members of the Peoples’ Democratic Party (HDP), a party accused by the government of having links to the terrorist group.

On the 107th day of the protest, Nagmet Akin from the eastern Batman province joined the Diyarbakir protest for his 17-year-old son who was kidnapped five months ago.

2,500 athletes to run in Istanbul Half Marathon