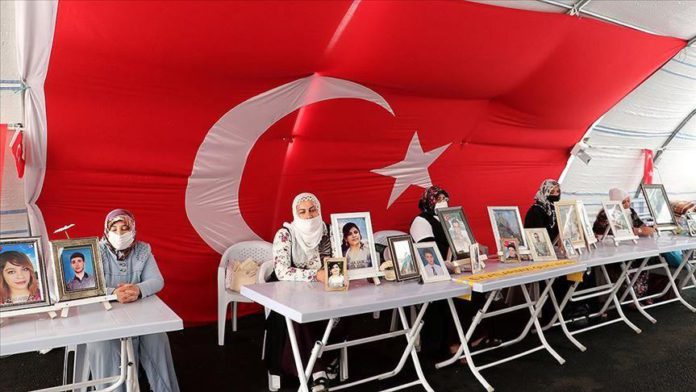 Another family has joined an ongoing sit-in protest in southeastern Turkey against the YPG/PKK terror group.

Haci Guger, a father from Diyarbakir’s Sur district, was the latest to join the sit-in. He said his son, Dogan, was deceived and kidnapped by the terror group five years ago.

“My son had psychological problems. I want him to surrender to security forces safe and sound. Our wish is for all children to return,” Guger said.

Noting that his son had received treatment for his psychological problems before the YPG/PKK tricked and took him to the mountains, Guger said he decided to join the protest after seeing disabled father Cemal Ertas who also protested the terror group.

Vowing not to leave until his son’s safe return, he added: “I trust our security forces. The police and soldiers are our people. The children in the mountains are also our children,” he added.

The number of families at the protest has steadily increased over the past months.