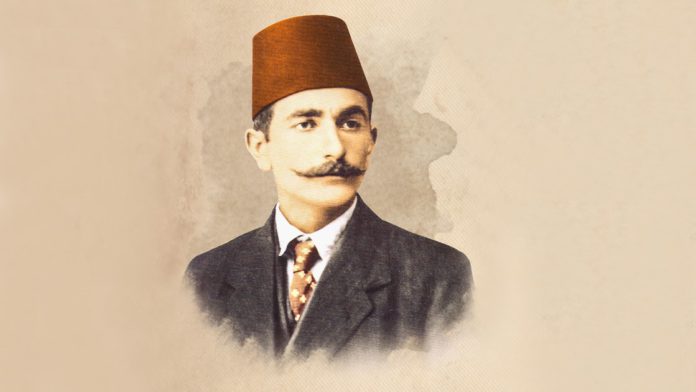 Azerbaijani people are proud of their country’s “great history” with Turkey as Ankara has always stood by Baku both in sad and joyful times, according to an Azerbaijani lawmaker.

History has witnessed numerous “glorious periods” when Turkey as a “true friend and brother” of Azerbaijan had its say, Sevil Mikayilova, an Azerbaijani parliamentarian, told Anadolu Agency in an exclusive interview in the wake of Victory Parade held in the country’s capital to celebrate Azerbaijan’s recent military success in liberating Nagorno-Karabakh and adjacent regions from nearly 30 years of the Armenian occupation.

Attending the ceremony of Victory Parade at the Azadlig Square in the city center upon invitation of President Ilham Aliyev were Turkey’s President Recep Tayyip Erdogan and senior government officials.

The parade featured over 3,000 personnel, some 150 military hardware, including missiles and artillery systems, air defense systems, UAVs, warships and boats, as well as part of the military equipment seized by the Azerbaijani army from the destroyed Armenian forces during the recent war.

“We well remember the events of 1918, the courage of Turkish soldiers in defending Azerbaijan in that difficult time. Now, after almost a century, we are proud to write another magnificent page in our fraternal relations and common history,” she said.

On Sept. 15, 1918, an elite Ottoman force, dubbed the Caucasian Islamic Army, under the leadership of Nuri Pasha (Killigil), was sent to what is today Azerbaijan in the final months of World War I, following a plea from the region’s people. The Ottoman forces along with the Azerbaijani National Army protected the country’s territorial integrity and liberated Baku 102 years ago from Armenian and Bolshevik occupation, setting the stage for the country to regain its independence in 1991.

“Turkey and Azerbaijan enjoy unprecedented interstate relations, which is really unique and at a timely mode,” Mikayilova said.

She underlined that Turkey as a “fraternal” country and major strategic partner played a “crucial role” in the recent victory of Azerbaijan.

When new Armenia-Azerbaijan clashes erupted on Sept. 27, the Armenian army launched attacks on civilians and Azerbaijani forces and violated several humanitarian cease-fire agreements. During the 44 days of heavy fighting, Azerbaijan liberated several cities and nearly 300 settlements and villages from occupation.

“Azerbaijan felt Turkey’s moral and political support to its just position since the very beginning of counter-attack operations,” the parliament member said.

Statements by senior political and military leadership of Turkey enabled Azerbaijan to “feel it is not alone in this battle” and raised a victorious mood both within the army and society, Mikayilova stressed.

She went on to say that the people of Azerbaijan “with great honor recall a sincere statement” of the Turkish president on standing along with Azerbaijan in the recent war, adding that Erdogan provided Azerbaijan with an “enormous support”.

The 44-day war was really a crucial one for Azerbaijan to identify its true friends, she stressed.

“President Erdogan is the most warmly welcomed leader in Azerbaijan, whom people in my country sympathize [with] as a true friend of Azerbaijan. Turkey is a fraternal country and the closest ally [of Azerbaijan] and this is a victory which both countries share and celebrate.”

Noting that the nation has passed a long path of development under the leadership of Aliyev, Mikayilova said a national army building was a central matter for a country, particularly with nearly 20% of its territory occupied by neighboring Armenia “in an unneighborly way”.

“The glorious victory gained in the 44-day war with Armenia demonstrated brilliant army building in Azerbaijan under the leadership of Commander-in-Chief of Armed Forces Ilham Aliyev,” she said.

“The triangle of people-state-army was the major locomotive for the victory to happen,” the lawmaker highlighted.

Pointing out that Azerbaijan owes its victory to the country’s leader, who wrote the “glorious golden page in the history of Azerbaijan”, Mikayilova said the triumph was achieved through long-lasting efforts on political and diplomatic platforms.

“Thanks to President Aliyev, Azerbaijan was able to enlarge a list of friendly countries and allies, create a legislative base enabling to resolve the Nagorno-Karabakh conflict on the basis of a fundamental principle of territorial integrity of sovereign countries and bringing Azerbaijan’s just position to larger international audiences,” she said.

Following the recent Karabakh war, dubbed by Azerbaijan a Patriotic War, Baku and Yerevan signed a Moscow-brokered truce on Nov. 10 to end the war, and work toward a comprehensive resolution. The truce is seen as a victory for Azerbaijan and a defeat for Armenia, whose armed forces have been withdrawing from the occupied territories in line with the agreement.

“The comprehensive work [has been] carried out for years to unmask the Armenian lies and falsifications and to convince the world that Azerbaijan retains a right to liberate its internationally recognized territory from the Armenian occupation in accordance with the UN Security Council’s four resolutions,” Mikayilova added.

Four UN Security Council resolutions and two UN General Assembly resolutions, as well as many international organizations demanded the “immediate, complete, and unconditional withdrawal of the occupying forces from the occupied Azerbaijani territory since early 1990s.

The Organization for Security and Co-operation in Europe (OSCE) Minsk Group — co-chaired by France, Russia, and the US — was formed in 1992 to find a peaceful solution to the Nagorno-Karabakh conflict, but to no avail.

Mikayilova stressed that during nearly 30 years of Armenian occupation, Azerbaijani leadership carried out a “brilliant job” which protected the country from “outer biased pressures” over the 44-day war.

“Over the past 17 years of his presidency, Ilham Aliyev could establish politically and economically a strong Azerbaijan, strong army, and strong society based on his brilliant leadership skills, perfect governing, constructive, and creative activities.”

She also said the victory created “absolutely new geopolitical realities” in the region, demonstrating that peace and security are the only conditions for the future prosperity of the nations.

“Azerbaijan will turn Karabakh to the land of peace, incorporating friendly countries into fruitful cooperation for the sake of durable peace,” she concluded.