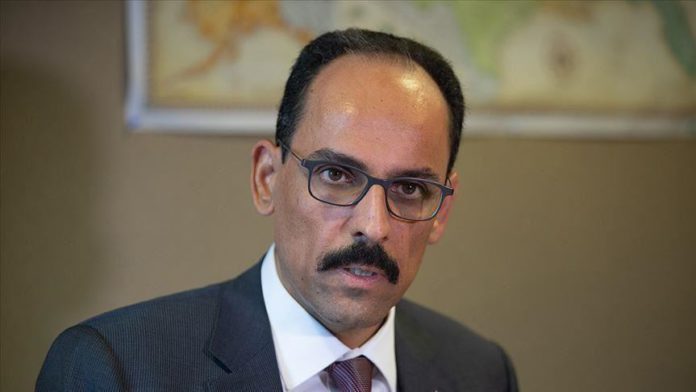 Posterity will judge those who abandon the Palestinian struggle for justice, but Turkey’s support is steadfast, said Turkey’s presidential spokesperson on Friday.

“Their miserable policies will not deter but give only strength to those who believe in justice, freedom and nobility.”

“Turkey will continue to stand by the Palestinian people,” he added.

Kalin’s statement followed Thursday’s announcement of the normalization of ties between Israel and the UAE, including a pledge to suspend but not cancel Israel’s controversial plans to annex large swathes of the occupied West Bank.

Palestinian groups have condemned the plan, calling it a betrayal of the Palestinian cause.